As Google continues to add more and more automation into Google Ads, its latest Beta addition could be a game changer for many accounts. The aim of the Smart Display campaigns is to take away the hassle of day-to-day Display Campaign management.

Once you’ve inputted the daily budget, landing page, locations and raw assets (logo, images, headlines, descriptions), Google uses its machine learning to match with who it believes your target audience to be.

Things are already starting to sound too good to be true, but wait there's more!

In one of Google’s current Betas you are now also able to specify your target cost per conversion and will only be charged once a conversion comes in!

No conversions = no budget spent.

Working with one of our clients on an initial Smart Display test campaign with Target CPA bidding, we have seen conversions come in, at cost and at a steady rate:

Google recommends setting a budget several times higher than the target CPA. However, we set our target at £50 and had the daily budget set to £50 at first to test if the campaign would bring a return.

Since the campaign went live we experimented with budget increases and decreases, yet conversions consistently come in on target and we are only charged for what we get.

After speaking to other members of the PPC world, the consensus is that performance varies by client:

Zero results from one that should be textbook slam dunk. Over 30,000 conversions from existing display campaigns, and my Pay Per Conversion goal is set to 20% higher than existing CPA per best practices. Frustrating.

If the campaign doesn’t convert for you, you don’t pay a thing which makes it such a great addition to any Google Ads account!

Setting up a Smart Display Campaign with pay for conversions

To get into the pay for conversions Beta, your account must have more than 100 conversions in the last 30 days. You’ll also need 90% of your conversions to occur within less than 7 days after someone clicks your ad. If it often takes customers more than a week after clicking, then you won’t be able to access the beta.

If your account fits into that then you should be eligible to get whitelisted!

From there, the process is quite simple; click the blue plus button whilst in the campaigns tab, select “new campaign” and from there choose ‘create a campaign without a goal’s guidance’.

Next, select the display campaign type and then most importantly, select the “Smart Display Campaign” subtype. 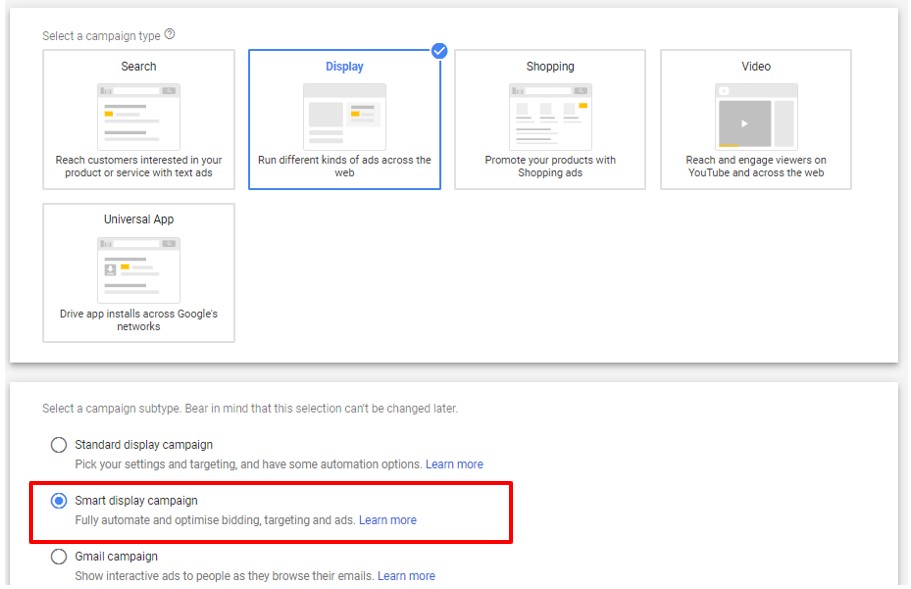 After that, you can set your campaign name, languages, location, budget and most importantly what you pay for.

For the Smart Display with pay for conversions campaign to work, you need to make sure you click the “pay for” drop down and select Conversions otherwise you’ll be paying for clicks. 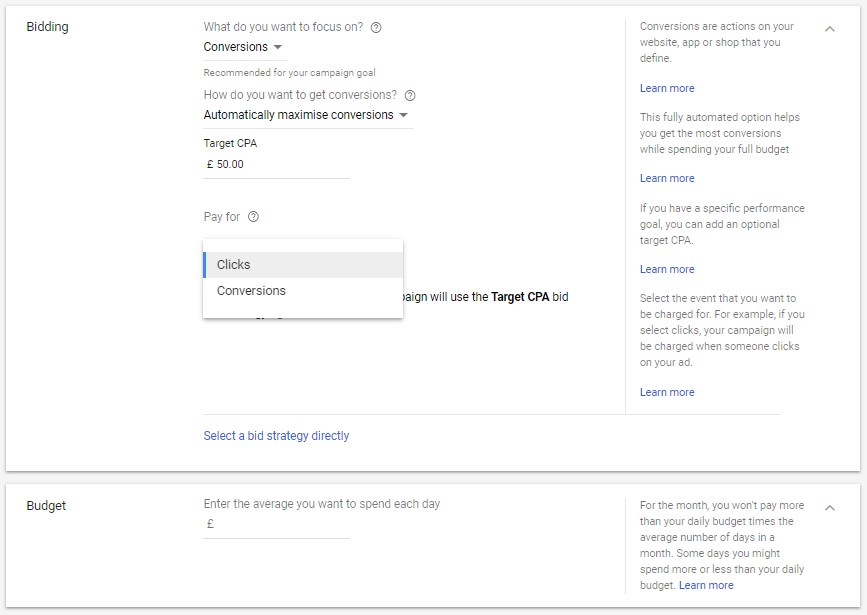 Once all that is complete, you are free to create your first ad group, add in your assets and select a landing page.

As mentioned earlier, this campaign type doesn’t guarantee conversions, but this could be a game changer for many accounts. The account I mentioned in the earlier screenshot is in an insanely competitive market (in the UK) and this Beta has enabled us to bring in additional volume under our overall CPA goals.

With Google’s most recent Marketing Live and with changes to Google Ads there is a strong focus on automation, taking control away from advertisers and putting it into Google’s hands.

While some of these automated areas (like bidding methods) can be a hindrance, the Smart Display campaigns with pay for conversions mean you don’t waste any budget if the campaign doesn’t convert.

It’s a win-win scenario and as an added bonus, it can make you look like a PPC Rockstar at your next marketing meeting!